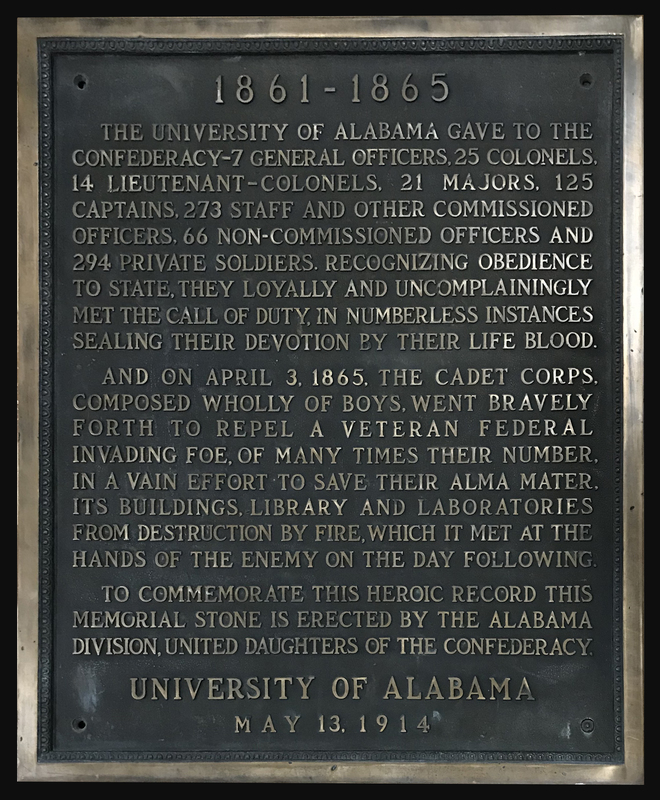 1861-1865
The University of Alabama gave to the Confederacy - 7 General Officers, 25 Colonels, 14 Lieutenant - Colonels, 21 Majors, 125 Captains, 273 Staff and other commissioned officers, 66 Non-Commissioned Officers and 294 Private Soldiers. Recognizing obedience to state, they loyally and uncomplainingly met the call of duty, in numberless instances sealing their devotion by their life blood.

And on April 3, 1865, the Cadet Corps, composed wholly of boys, went bravely forth to repel a veteran Federal invading foe, of many times their number, in a vain effort to save their Alma Mater, its buildings, library and laboratories from destruction by fire, which it met at the hands of the enemy on the day following.

To Commemorate this heroic record this memorial stone is erected by the Alabama Division, United Daughters of the Confederacy. University of Alabama May 13, 1914

Placed by the Alabama Division, United Daughters of the Confederacy

Removed in 2020; once affixed to a large boulder on the central Quad. For contact and permanent location information regarding this retired plaque, contact: Planroom, Campus Support Services, Building 1003, planroom@fa.ua.edu. 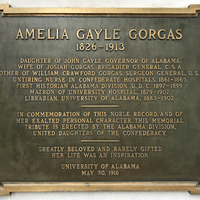