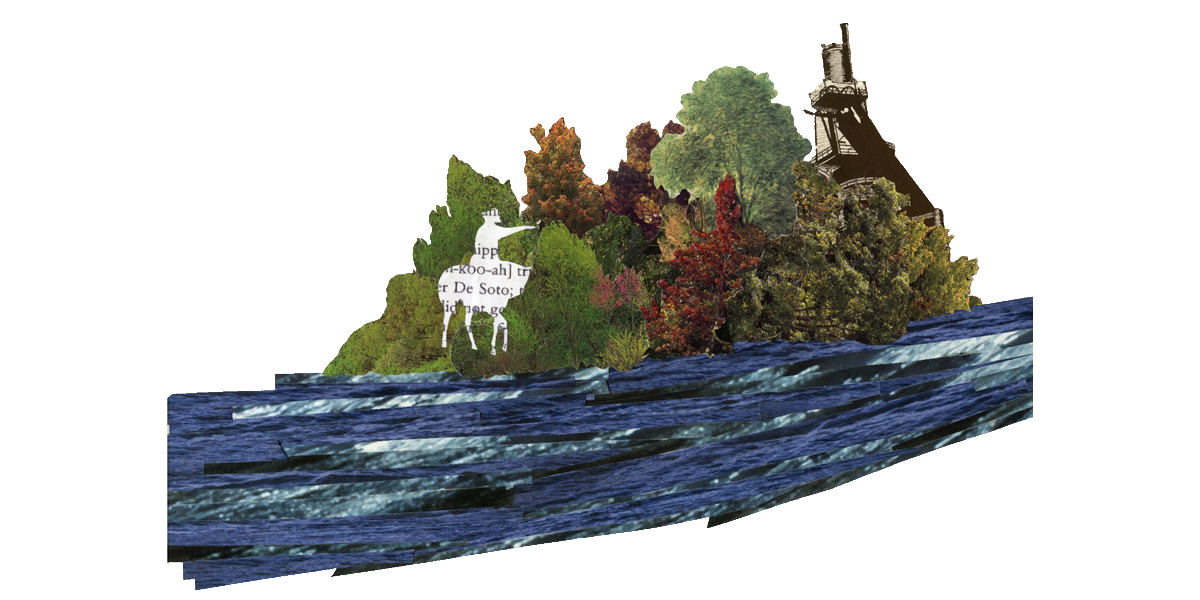 Alabama is home to one of the richest and most bio-diverse river systems in the world.  Deemed the Amazon of North America, Alabama’s lush riverine landscapes are little known outside state borders.  This mural aims to raise awareness about the uniqueness of Alabama’s environment – and the Black Warrior River in particular – within the state and beyond.

The Black Warrior River – with over 200 navigable miles – is an important artery for trade and commerce for the City of Tuscaloosa.  Coal and cotton were the traditional goods shipped up and down the river beginning in the nineteenth century, but the river has attracted and supported human settlement going back centuries.  Before European contact, Moundville (south of the city of Tuscaloosa) boasted a population of 1,000 by the 1400s with 9,000 more souls in settlements up and down the river. Famously, the Spanish explorer Hernando de Soto fought and kidnapped Chief Tuskaloosa in 1540, spurring a violent battle between the Spanish and natives at the fortress town of Mabila.  Interestingly, one of the only traces of the Spanish encounter in the area is the native chief for whom the present-day city is named.

The vision for this project started in Dr. Teresa Cribelli’s 2018 Environmental History of the Americas class at the University of Alabama. Students were tasked with writing a mock grant proposal for a public history or public art project on an environmental theme.  The winning proposal featured the rich history of the Black Warrior River.  The student’s vision was to present the river’s natural beauty and potential for recreation as a way to develop tourism and attract new residents to the city of Tuscaloosa and the state of Alabama.  This will entail a commitment to environmental stewardship of this truly unique Alabama waterway.

Many thanks to Lauren Kellers for her research, Jonathan Lanier, the Department of History, the College of Arts and Sciences, the UA Cartography Lab, Keith Elliott and Ernie Turley of ESE Coatings North America, Ruth O’Connor, Lesley & Tripp Powell, the Chamber of Commerce of West Alabama, & the City of Tuscaloosa for their support of this project.