Feb 12: The first U.S. citizen dies in China from the global virus outbreak. Senator Richard Burr (R-NC)  receives another briefing on the coronavirus about the potential impact of an epidemic and whether the U.S. is prepared.

Feb 13: Confirmed coronavirus cases in China more than double in one day after the health commission changes its diagnostic criteria for confirming cases. Clearly the epidemic is not slowing. The U.S. Senate passes a resolution to limit Trump’s military options against Iran. The National Oceanic and Atmospheric Administration announces that last month was the hottest January ever recorded on earth.  Senator Burr sells 33 major stock holdings worth between $628,000 to $1.7 million–many include stocks in hotels and tourism. Three other senators also sell stock. HHS Secretary Azar announces that the government will establish a “surveillance” program in five cities which will then be expanded nationally–the plan is delayed for weeks.*

From the Cutting Room Floor...

Someday, someone will write a history of this virus. They will unpack its architecture, piecing together its origin story like they do for villains in the comics. It will start life mild-mannered, meandering innocently through a world that seems safe. Then it will have some encounter that triggers its fall from grace, transforming it into a weapon of terrifying destruction that no normal human can stop.

When the scholars write their history of this virus, what will be the trigger that turns it (so cute as a child; such potential!) to the dark side? I guess you could argue that there is no trigger. Diseases are biological entities involved in processes. They aren’t “villains.” This virus is just a predictable, if abnormal, reaction to some kind of stimuli. Asking what triggered a disease is … well, it’s not going to be answerable, probably.

But this particular virus, well, it does receive a kind of personality as soon as it becomes something humans have to worry about. The historian, Robert Hudson says that even if diseases have been around for as long as life itself, they aren’t “immutable entities”—not just proteins and RNA. They are “dynamic social constructions that have biographies of their own.”[1] Diseases are stories.

Clearly, the first step in the story of this disease will be ecological, the slow encroachment of humans into new spaces, disturbing animal and plant habitats. But it takes more than that to create a villain. In the best stories, the villain experiences multiple traumas, each one a twist on the character. And apparently, many people are twisted in a similar way: when the villain starts on their path of destruction, they find henchmen happy to help in exchange for personal profit and power. The best villains portray themselves as the cleansers of a filthy world that has lost its way and must be wiped clean by their accomplices so that everything can start again.

There is no reason to be alarmed right now, but it sure seems like we have become the kind of world that could be very good at creating viral villains.

I just flew across the country this week. The signs were there if you looked. Jeff Sessions, the defrocked Republican Attorney General, sat two seats in front of me on the plane going back to Alabama (to his credit, he flew economy). One white, suited man after another braved the turbulence to walk up the aisle, shake his hand, and thank him for his service. He built a career on helping his friends make lots of money while ensuring that more black bodies were imprisoned for minor crimes than any Alabama legislator in the modern era. Meanwhile, I saw no one being screened, even if they were coughing. I read a CDC report that there were mistakes in their first batch of tests sent to state health officials over the last couple of weeks—that some did not pass the quality control checks. One sign after another.[2]

On the TV screen of the Charlotte airport, with the juice of a Big Daddy Burger running down my chin (another sign), I see that they have revised the case numbers out of China. I swallow the last bite of my burger, wipe my hands, open my dying laptop (it makes a popping sound and flickers when I type too fast), find the free wireless network, and search for “revised case numbers out of china today.” Previously, physicians only counted a patient as having the novel coronavirus if they had a confirmation from an RNA-based test. As of yesterday, physicians are able to use computerized tomography (CT scans) to look at patients’ lungs and make a diagnosis. As soon as that diagnosis change took place, the number of COVID-19 cases shot upward….

Ronny Chieng said on The Daily Show that the “Coronavirus isn’t just making people sick, it’s also making people stupid.”[6] The Anti-Defamation League report just released finds that white supremacists have been aggressively distributing literature on college campuses and other highly trafficked places at very high rates recently. Unlike the stereotype, most of this new activity is happening in the urban US north, places like California, New York, Massachusetts, New Jersey, Ohio, and Washington state—where the initial man with the novel coronavirus entered the US. And it’s not the KKK. Other groups under a skein of the red, white, and blue distribute deceptive hate literature.[3] 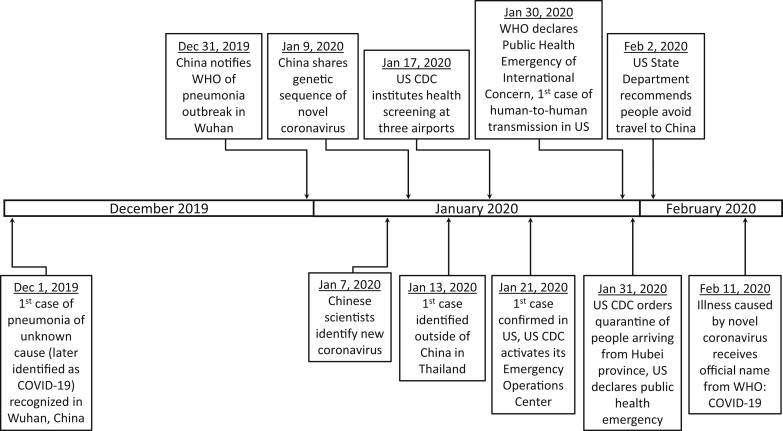