To find the answer, 46 documents (1983-2009) [1] from around the Tuscaloosa area were gathered from the Miller-Stephens collection. The majority of these were letters to the editor from local newspapers and columns written by locals. Each expressed an attitude toward homosexuality through the lens of Christianity. After these were gathered, they were divided by whether or not the writer expressed the belief that homosexual behavior is a sin.

These documents and surveys were then charted to see trends over time and to compare the local and national trends. See the chart below. 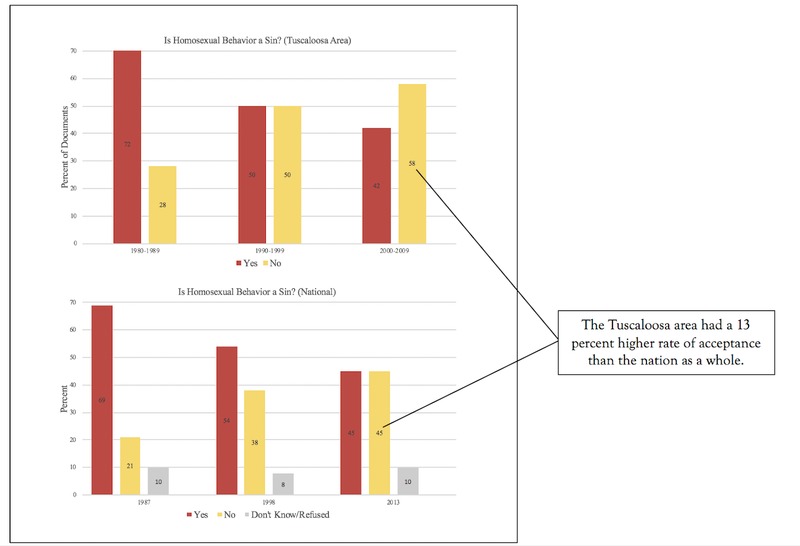 This is likely due to two things. First, college towns. They generally tend to be more liberal than other places in the South and throughout the nation.

Second, the work of local queer organizations, like the University of Alabama’s queer student organization and the Tuscaloosa Community Gay/Lesbian Organization. Just by existing these organizations brought more visibility to the queer movement. They also fostered a more accepting environment through efforts like forming a religious affairs committee and holding events like a queer conference in 1996.

This research shows the importance of local queer organizations. It also shows that there is hope for a queer-inclusive Christianity in the future.