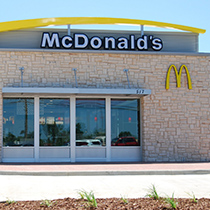 Tuscaloosa Environmental Digital (TED) is the first phase of a long-term project which aims to culminate in the creation of a digital hub for environmental history. TED showcases projects created by students under the direction of Bartow Elmore, investigating the environmental history of Tuscaloosa, focusing on the central industries that have operated in this university town over the past fifty years. Students have researched specific businesses and their environmental impacts and initiatives, adding their findings to an interactive map on the TED website. TED is an iterative project, and students in Fall 2015 will continue its work by researching other local businesses, with the eventual aim of taking this project state- and eventually region-wide. 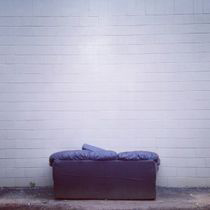 Trash Poetica is a digital poetry project which combines creative writing with mapping technologies to chart and repurpose the items which are being discarded as “trash” in Tuscaloosa. Its aim is to explore the ways that trash or garbage can be re-envisaged and take on a new, productive life if approached through a creative lens, as well as showcasing the wide-ranging environmental impact of the discarding process on our local community. 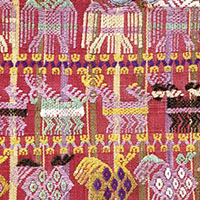 Dr. Amanda J. Thompson’s CTD class split into groups to undertake extensive research projects on the history of different Textile Design Techniques. Students researched the technical aspects of each textile, the functions of the textile in society, how the textile exists today, and any legal/moral issues surrounding the textile. This website documents their findings. 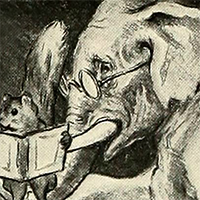 Studying religion in culture is relevant. At the University of Alabama, our program generates a range of significant questions about classification, interpretation, identification, and the construction of tradition, among others. These questions, though, are not simply relevant for topics identified with religion but apply broadly to many aspects of societies in which we live. To illustrate that broader relevance, we will apply various questions that have arisen in our Religious Studies program to a broad range of topics and present those questions and their relevance for a broad audience through this website. This website reflects some of the work that we have done throughout our time in the program, culminating in the Capstone REL Senior Seminar in Spring 2016. 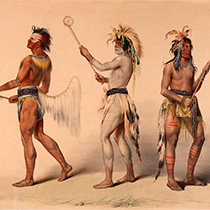 This project houses work done by students in Heather Miyano Kopelson’s HY300 course, examining the histories of hundreds of indigenous peoples in North America from early human habitation to the present day, with a focus on those residing in what is now the United States and Canada. Students are exploring Native American history in numerous different ways, all of which are displayed in this website, including analysis of primary source materials from archives to give a first-hand understanding of this complex and wide-ranging subject from many different angles, to the creation of an interactive map of significant historical locations in Native American history such as nearby Moundville, AL. Students are also contributing entries to a detailed timeline of important events in Native American history. This website will be added to by student in multiple future iterations of this course, to foster a learning community of participants in HY300 over time, and to create a valuable public resource about Native American history. 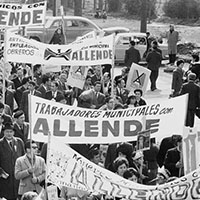 What is the role of music in political movements? How have political forces shaped music culture? Students in UH 155: Music and Political Movements consider how music shapes and creates human society, and how the semiotic and communicative power of music has been employed in the service of political movements around the world and through history. Class study includes, but is not limited to, hip-hop in North America and the Middle East, Chilean Nueva Canción and other revolutionary movements in Central and South America, the Chinese Cultural Revolution and its aftermath, wars and nationalism in the United States and Europe, Music and Politico-Religious Reform in the Middle Ages, and Civil Rights in the United States and South Africa. This website is a cumulative knowledge repository for students in successive sections of Music and Political Movements, and reflects a process of discovery. Students contribute to an ever-growing timeline that highlights particular musical pieces or events that, through initial intention or acquired meaning, have shaped or expressed political sentiment. Students also showcase their primary source projects undertaken at the Hoole Special Collections library. Finally, students create presentations of their research to be featured on this website. 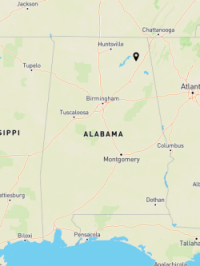 Dr. Catherine Davies and her class of graduate and undergraduate students explore language in the state of Alabama. They examine the difference regionally in Alabama, as well as generationally to see how language changes in Alabama. 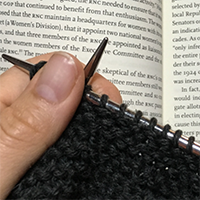 Knitting History is the result of a collabortive effort of the students in Professor Kopelson’s history class titled Handmade Nation: Knitting and History. Students compiled a timeline of significant moments in the history of knitting, as well as moments in which knitting impacted history. Additionally, students put their own knitting skills to the test, creating an exhibit of their own projects tied to history. 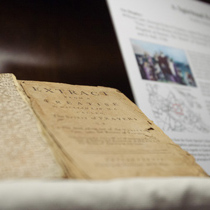 UA Genealogies: Historical Archives and Storytelling is a digital archive of the extraordinary family histories discovered by students in Lauren S. Cardon’s EN103 Advanced Composition course. Using a variety of digital and archival resources including the W. S. Hoole and A. S. Williams III Special Collections, students explored their genealogies, creating written narratives documenting particularly significant people or moments in their family histories. UA Genealogies showcases students’ findings about their heritage: in the Narratives section users can browse full-length stories, whilst the Map section displays these stories geographically to give a sense of the global origins of our community at the University of Alabama. Over time, this project will be added to by students participating in future iterations of this course to build a rich narrative documenting the history of the UA student community. 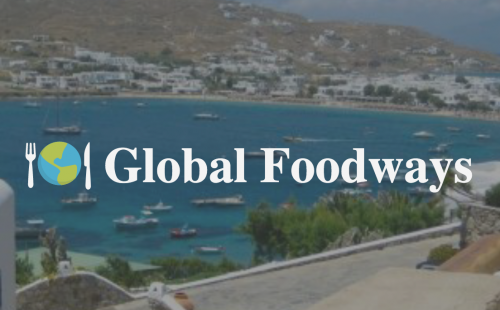 This site is the work of Lauren Cardon’s students in EN 455: Advance Studies in Writing. The theme of the course was Global Foodways. Each student chose a regional, national, or cultural cuisine to research for the entire semester. Their projects included oral histories, landscape analyses, informational overviews, recipe blogs, restaurant reviews, food memories, and literature reviews. The best part of this class? Getting to sample all the cuisines!